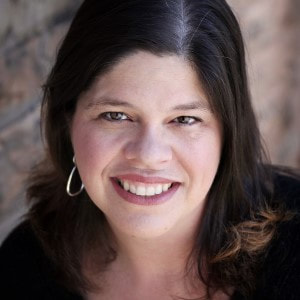 Misty L. Dupuis is the music director at St. Barnabas Episcopal Parish in Denver and is the founder and artistic director of La Musica di Donne Chamber choir, a choir dedicated to the performance, preservation, and promotion of the work of women composers. Misty earned a master of music in choral conducting from the University of Colorado. She also earned bachelor's degrees in music and composition from Metropolitan State University of Denver where, in the fall of 2019, she will serve as chorus master for the school's production of the Zarzuela Luisa Fernanda. Misty is an active composer published by Hal Leonard. She has sung locally with the Colorado Symphony Chorus, First Universalist Singers, First Universalist Chamber Choir, St. Andrew's Episcopal choir, Denver Pro Chorale, and Saint Martin's Festival Singers. 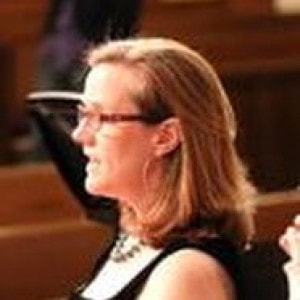 Equally at home on the opera stage, concert halls and clubs, Melissa Fathman has performed in Carnegie Hall's Weill Recital Hall, Alice Tully Hall, Merkin Concert Hall, BAM—the Brooklyn Academy of Music, The Joyce Theater, Joe's Pub, The Brooklyn Bridge Anchorage as part of the “Artists for Creative Time” series, The Aspen Music Festival, The Banff Centre, and Opera Theatre of St. Louis. A winner of the Metropolitan Opera Midwest Regional Auditions and the Aspen Music Festival's Vocal Concerto Competition, Melissa received her Master of Music in vocal performance at Indiana University where she met her husband Matt Pass while singing in Jan Harrington’s Contemporary Vocal Ensemble. Melissa has been featured in a number of recordings including a commercial spot for Nickelodeon's "Snick" and the celestial voices in the Hayden Planetarium space show The Search for Life: Are We Alone? narrated by Harrison Ford. In addition to singing, Melissa has developed and performed in many children’s educational projects for the Children's Museum of Manhattan, the Bronx Zoo, and The Chamber Music Society of Lincoln Center. 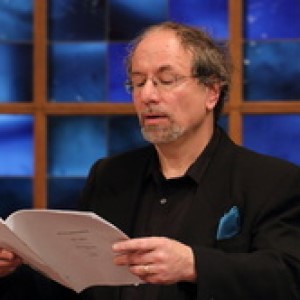 Matt Pass has been singing for four decades, focusing his tones on Medieval, Renaissance, Contemporary Classical and Electroacoustic music, in places such as the Cloisters in NY, Recital halls of Bloomington Indiana, at the Boulder Museum of Contemporary Art, inside the Brooklyn Bridge, and on top of Old Smokey.

These days Matt spends chunks of time shaping sounds through pedal electronics and homemade instruments, improvising in solo, duo and trio sound collectives. Matt also creates sound installations that accompany artwork, exploring the interaction between sound, physical materials and the observer/participant's resonance with the space around them and within. 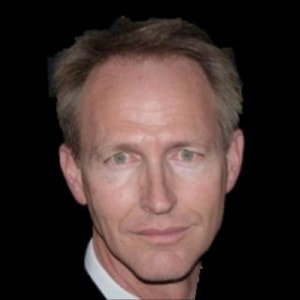 Keith Williamson, a Colorado native, is a twenty-three-year veteran of the Opera Colorado chorus, and sang for twenty-one years with the Colorado Symphony Orchestra Chorus.  Mr Williamson has also performed solo roles in several Opera Colorado productions, including Gianni Schicci, Macbeth, Sweeney Todd, The Barber of Seville and Don Pasquale.  In addition, Mr. Williamson has performed regionally in staged productions of Copeland (The Tender Land), Menotti, (Amahl and the Night Visitors), and Purcell (Dido & Aeneas).  His solo concert repertoire includes both Mozart’s and Verdi’s Requiems, Bach’s St. John and St. Matthew Passions and Orff’s Carmina Burana.  He performed in the 2004 regional premier of Tan Dun’s Water Passion, conducted by the composer.  Since 1995, Keith has performed annually in a Madrigal Dinner production, in which he portrays the Lord of the manor.  Keith has also performed Bach’s Coffee Cantata, Menotti’s The Telephone, and Purcell’s La Serva Padrona with the Walden Chamber Music Society of Colorado.
​
Keith has his degree in Nursery and Landscape Management from CSU and works for Little Valley Wholesale Nursery in Brighton, Colorado. 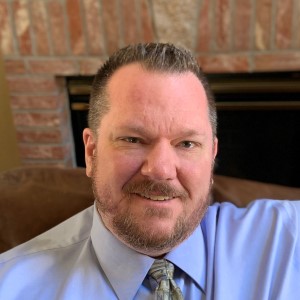 Scott Isaacs has been singing in choirs throughout his life. At the age of 11, he traveled with Sounds of Children from Colorado to Taiwan on a choral goodwill trip. As a high school singer, he was the tenor section leader for two choirs and participated in all-state choir twice. After high school, Scott attended St. Olaf College, particularly enjoying his experiences with St. Olaf Cantorei, Russian Choir, and Early Music Singers. Recent choral experiences have included singing with the Denver Gay Men’s Chorus, Sine Nomine, and Colorado Chorale. He has especially enjoyed traveling with Kantorei on a choral tour of central Europe and as part of the Aspen Music Festival in a massed choir accompanying Mahler’s Eighth Symphony. He has also enjoyed singing with the Baroque Chamber Orchestra of Colorado on performances of Dido and Aeneas and Venus and Adonis. Scott is the immediate past academic director and pronouncer for Spelling Bee of China, and currently works as a spelling bee and general academic coach in Denver and across the country. 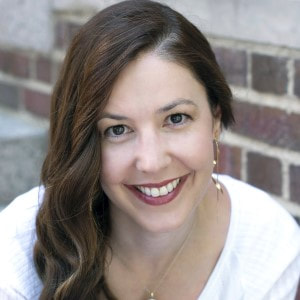 Named for an antebellum song on a Mormon Tabernacle Choir LP, it is fitting that Lorena delights in the choral arts. She sang for the Mormon Youth Chorus and Symphony in Salt Lake City’s historic tabernacle for a season and recorded Eric Whitacre’s first choral CD release, “The Complete A Capella Works,” with the BYU Singers in her hometown, Provo, UT. Singing Ein deutsches Requiem at Chautauqua with the Colorado Music Festival began a Colorado choral adventure that has included a decade in total of singing and soloing with Kantorei and St. Martin’s Chamber Choir. Other highlights include Aida with the Colorado Symphony Chorus at the Aspen Music Festival, Bach’s Mass in B Minor with Pro Musica Colorado Chamber Orchestra and Handel’s Chandos Anthems with the Baroque Chamber Orchestra of Colorado. Lorena is founder & director of the Castle Rock Children’s Choir program, plays violin for the Castle Rock Orchestra, teaches dance classes, and manages a large studio teaching voice, violin, viola, cello, guitar, piano and summer theater and fiddle camps. She is an avid skier, dancer, gardener, gifted education advisor, community service outreach coordinator, poet and songwriter. Her magnum opus, raising four Colorado native children with her husband, Scott, is her favorite work in progress, and it supplies much gaudium et lætitiam. 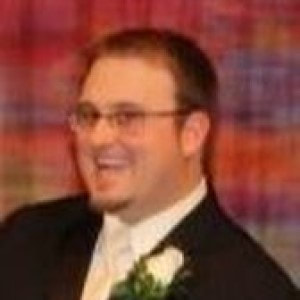 My singing adventure began when my parents needed to have their Tuesday and Thursday evenings free for bowling league. They enrolled me in the Red River Boys Choir in Fargo North Dakota when I was 6 years old, and the rest is history. Since then I have been singing in choirs or small groups whenever I can.  I grew up in Moorhead, Minnesota and spent most of my childhood through high school singing in school choir and church choir.  I spent 9 summers doing musical theater with the Gooseberry Park Players, a children's theater group for kids from 4th grade through high school.  I was a member of my high school's first chamber choir when I was a senior, which was experimental that first year and was picked up as regular curriculum afterwards.  It opened my eyes to more challenging choral music. I attended college at Concordia in Moorhead Minnesota, and sang in various choirs and small groups throughout my time there, working under many great professors including Rene Clausen.
I never quite grasped music theory, however, and changed my major after my first year of studies from music to classical studies.  I received the best advice from Dr. Clausen after doing this; he told me that not everyone is destined to have a life in music but everyone deserves to have music in their life, and I have lived by that statement ever since.  I continue to sing wherever and whenever I can.  I have spent the last 6 years singing with the Colorado Chorale, and sing in 3 different choirs at church.  I am looking forward to the opportunity of singing with Voices of Light, and I am looking forward to the next 20 years of my life, sharing the choral music experience with anyone and everyone wherever I may go.​ 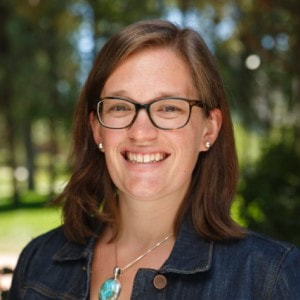 Nora Golden is a music teacher at Colorado Academy, where she works with lower school students in general music. Nora completed her BM and MAT from the University of Puget Sound in Tacoma, WA and is a certified Orff Schulwerk teacher. She has been singing in choirs since elementary school, and particularly enjoyed her time with The Adelphian Concert Choir and The Northwest Repertory Singers in Tacoma, WA. Since moving back to Colorado she has sung with The Cherry Creek Chorale, Canto Deo and Voices of Light. She has a great love of British Choral Music from the 20th century, particularly anything by Ralph Vaughan Williams. 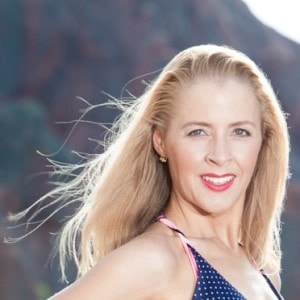 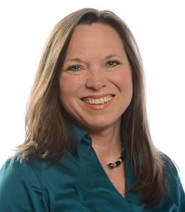 Robin A. Miller is an inspiring vocalist and musical director that has been active for over 20 years in teaching, training and coaching.  She co-owns Articulate, Real, and Clear and is a trained executive and life coach. She earned a MM from Baylor University and a PhD in Musicology from the University of North Texas. Since living in Denver, she has performed the role of Mother in Menotti’s Amahl and the Night Visitors, as well as performing in and directing the music for the 100th Anniversary of Women’s Day – Denver.